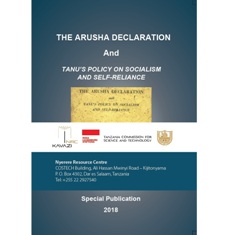 The Arusha Declaration and TANU's Policy on Socialism and Self-reliance

(0 User reviews)   761   415
By OLS Admin Posted on Jan 19, 2021 In Category - Special Publications
Tanganyika African National Union (TANU) 978-9976-9903-9-3 TANU 2018
The Arusha Declaration is a historical document to come out of Africa in the last century. On the occasion of the fiftieth anniversary of the Declaration and due to great demand for an English version, Kavazi la Mwalimu Nyerere (Nyerere Resource Centre) was pleased to reprint it.

File: The Arusha Declaration and TANU's Policy on Socialism and Self-reliance Book

Neoliberalism destroyed the social fabric of communities and wiped out the achievements, meager as they were, of the first twenty-five years of post-independence nationalist period. There was a drop in the well-being index across the spectrum – health, life expectancy, and education all went down while poverty and infant mortality went up.

The neoliberal triumphalism was short-lived. With the financial crash of 2008, it entered its decline. There was a backlash creating a political “vacuum” into which forces of the centre-right began to step in. Narrow nationalism, populism, ethnic parochialism, racism and primitive prejudices felt less ashamed to rear their ugly heads. Financial oligarchies in the North had little time for the humdrum of bourgeois liberalism just as liberal caricatures (multiparty, competitive politics) in Africa were all but abandoned. Multipartism in Africa is drained of its substance while draconian media laws truncate fundamental freedoms. Independent legislatures and judiciaries mean for little as they all gracefully bow to powerful state executives.

But all is not lost. The young generation, at least the majority of them, labouring under unemployment and bypassed by the nouveau riche, who grew in the womb of neoliberalism, are frustrated. They are reaching out for answers and increasingly turning to some or the other left alternatives. As in other countries, the African youth fall back on their own traditions of African liberation and Pan-African unity. The Arusha Declaration, which had been demonised, has resurrected. Hence the great demand for it in Tanzania and elsewhere in Africa.

History is the present. It is always work-in-progress. The post-neoliberal generation is revisiting the Arusha Declaration. In their celebration and critique of the Declaration – expressed through myriad forms of art, culture, films and songs – the youth is re-imagining the twin pillars of the Arusha Declaration – Socialism and Self-reliance. Mwalimu Nyerere must feel vindicated. In an interview with Ikaweba Bunting in the year he passed on, he said: I still travel around with it [the Arusha Declaration]. I read it over and over to see what I would change. Maybe I would improve on the Kiswahili that was used but the Declaration is still valid: I would not change a thing. 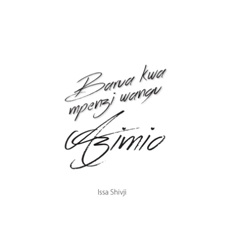 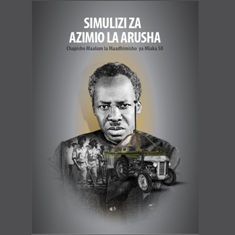